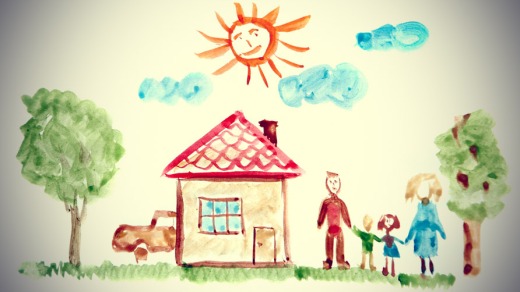 It was nothing out of the blue. I was on my way back home from an education fair and the auto rickshaw I was in stopped behind a large swarm of vehicles at a traffic light.

Now, when you stop at the traffic lights what is the first thing that you notice? In India? The red light? Or the unnecessary smoke coming off your neighbours’ vehicles? Or the law-breachers flouting traffic rules? Or the people spitting? Or the wasting of finite resources?

Nope, what usually welcomes you first when you halt at the red light are the beggars-of-India! Mendicants. Vagrants. Whatever you call them, you will find them on the streets. As I said, nothing surprising about it.

So,there I am,fiddling with my bag when this little girl comes running. She must have been seven years or maybe eight, not more. Sun burned, her hair is full of filth and is wearing a dirt smeared yellow dress. Bareheaded, barefooted under the hot sun.

She looks at me imploringly, extends her palm and does what she has been taught to do: Beg.

So I give this little cherub a ten rupee note and she beams at me, turns to look at the lights and prances back under a tree and sits down. She starts doodling in the mud with her finger and I turn my attention back to my bag. The light goes green-the engine fails to start. The driver tells me to hire another auto. He is the boss, so I hop down and, move under the shade of the tree and start waving at the autos who pass by as if I was invisible. I look around in frustration and that is when I espied it.

The girl had finished her doodling and was getting ready for her next round as the light turned red again. She ran to do her chore and left me gaping at what she had drawn in the mud.